The paintings of Roger Raveel

HALFWAY THROUGH THE GOLDEN SIXTIES ...

The then teenager Renaud, second son of Count Charles de Kerchove de Denterghem, wanted to have his own place somewhere in the historic cellars of the castle which was demolished after World War II. Nowadays we would call such a place a man cave.

A visit by his father Charles to a Raveel exhibition in Brussels gave rise to the idea of making the corridors up to his son’s man cave available to Roger Raveel. The artist immediately saw the potential of it and, together with three kindred spirits (Raoul De Keyser, Etienne Elias and Reinier Lucassen), Roger Raveel turned these spaces into a work of art that would later be considered one of his masterpieces and that would undeniably prove to be the most complete work in his oeuvre.

All the typical Raveelian elements are present: the white square that can be considered his most characteristic signature, the use of mirrors to create optical effects and the man with cap. Even the iconic “cart to move the sky” is there. The main work is a Raveelian interpretation of the Ghent Altarpiece, a nod to the Ghent masterpiece by the Van Eyck brothers in St Bavo’s Cathedral a few kilometres further on. 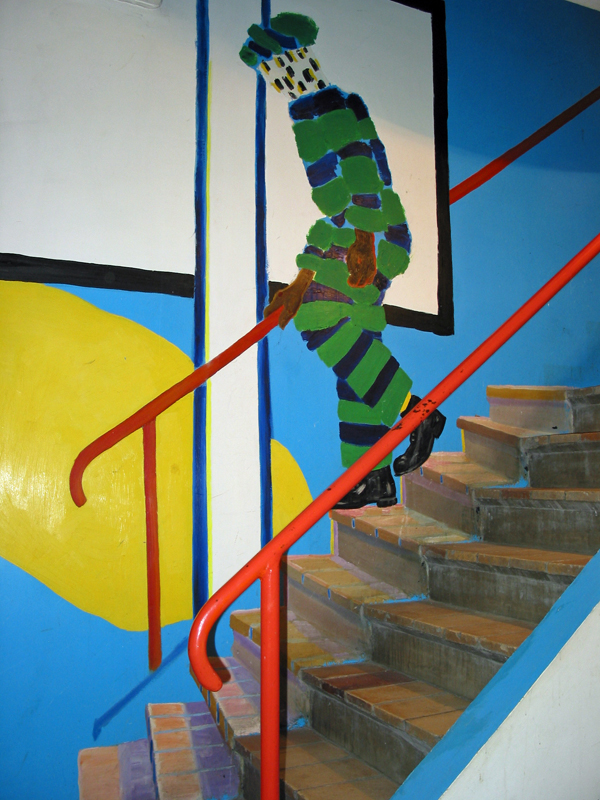 The cellars with Raveel’s murals can only be visited on request and must be accompanied by our guides.

The maximum number of people per guide is 15. Larger groups are split up. You can expect the tour to take 1 hour.

There is, of course, also the option of combining this tour with a guided walk through the Park. You can expect this to take about 2 hours in total. The price for the Raveel and the Park tour is: 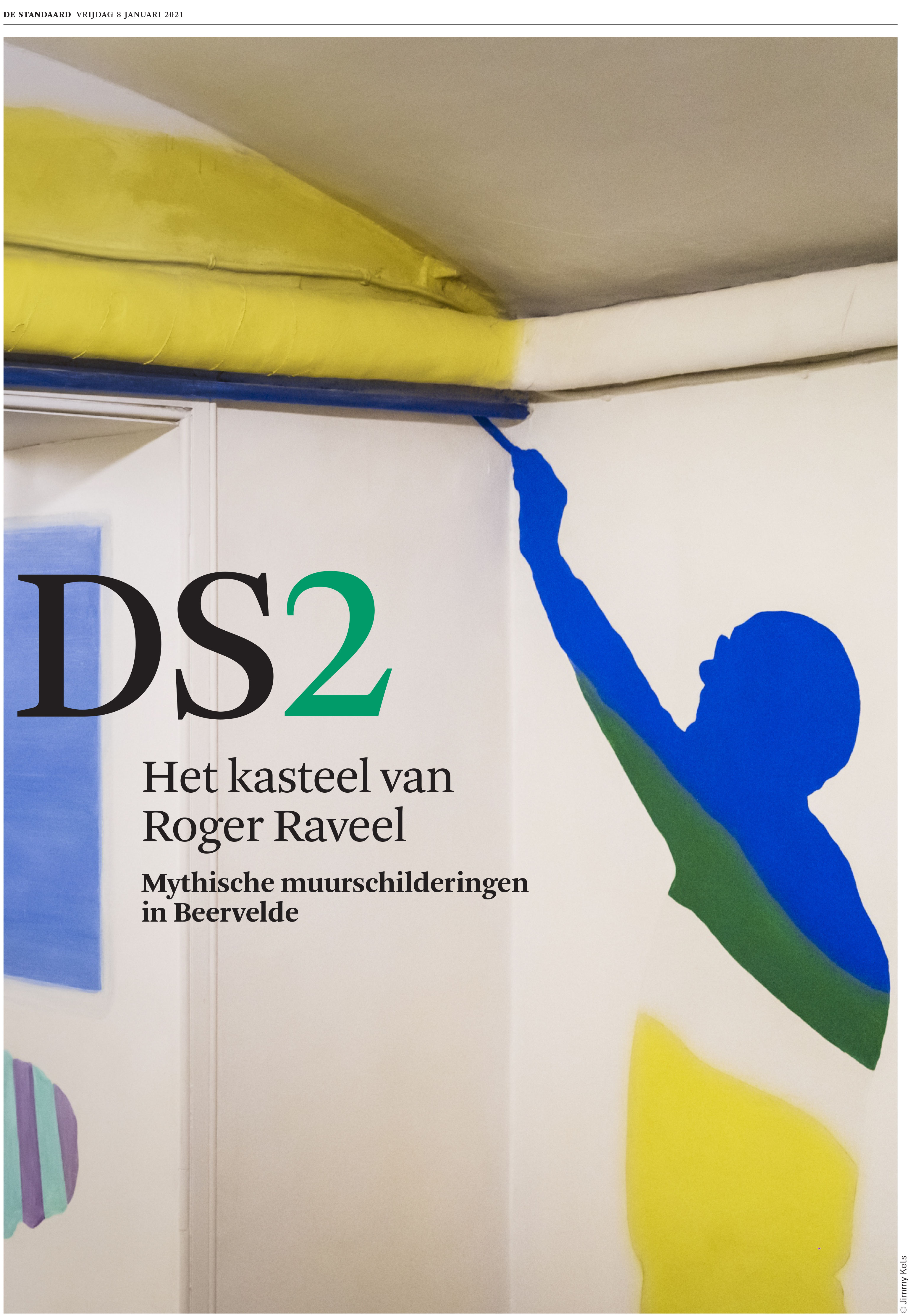 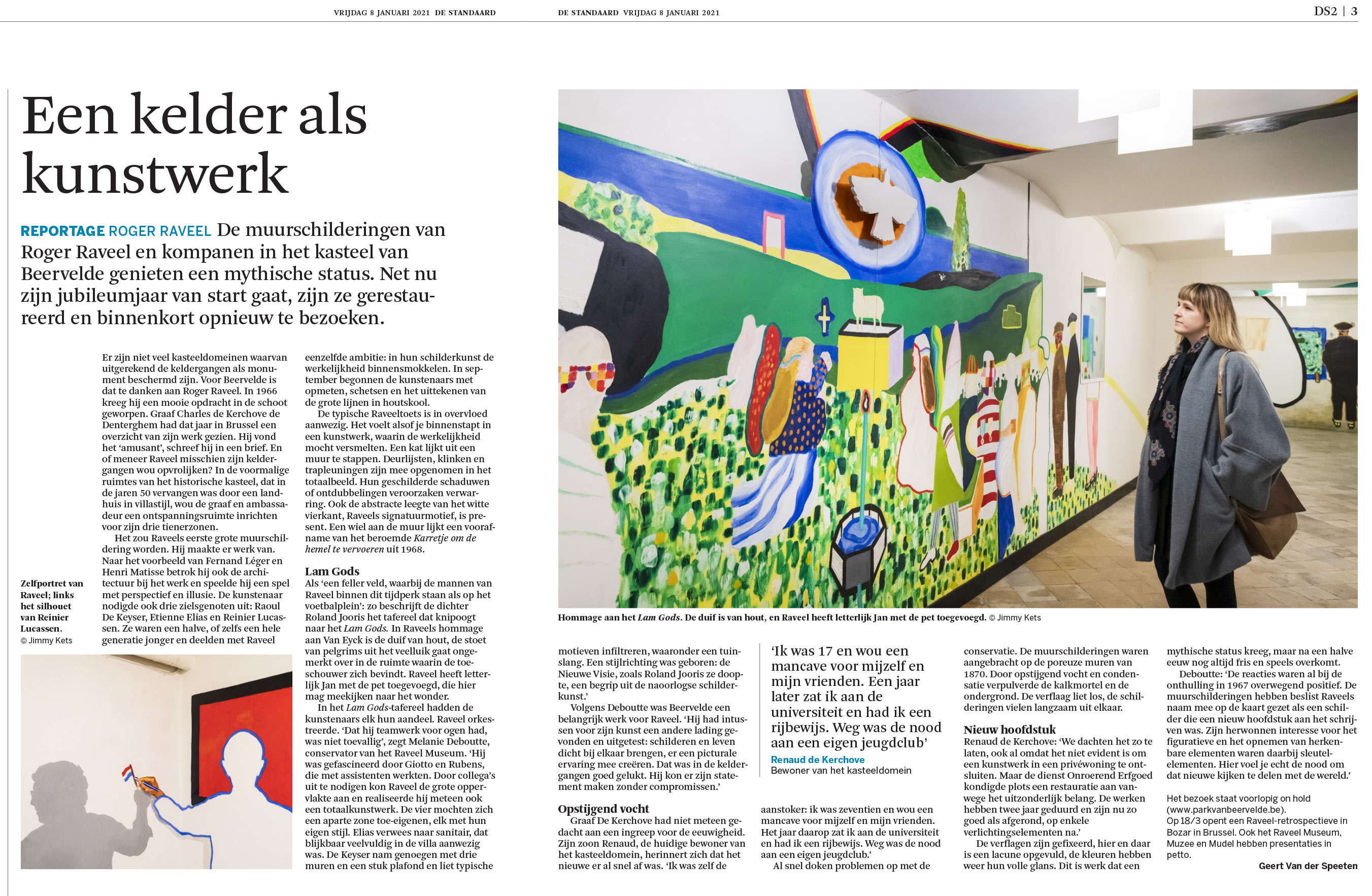